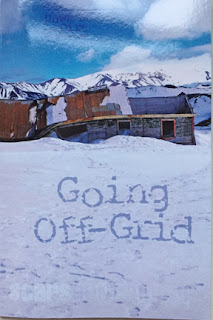 Two of My Poems Appear in Going Off-Grid

Scars Publications has reprinted a couple of my poems in its March 2020 collection titled Going Off-Grid. The poems and short stories that appear in this edition are taken from Down in the Dirt, an imprint of Scars.

There could hardly be two poems more different. “Computer Hacker and the Common Brain” is a comment on our unawareness of the digital invasion of our innermost thoughts. “Fairview Farmhouse” describes a farmhouse that has outlived the era of its usefulness.

Going Off-Grid is edited by Janet Kuypers and is available on Amazon for $10.99.

Next up will be info about my poetry chapbook Time Carries All Things Away. Advance copies can be reserved now at a discount with delivery in August when the chapbook will be released. I'll come back to this.