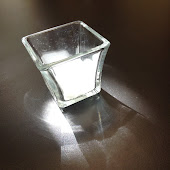 AFTER A SLEEPLESS NIGHT

I’ve been in a funk lately. Maybe it’s the ending of summer, which is always disappointing to me. But I’m teary for no good reason. I think one reason is that I’ve put too much value on things. Not just my home, clothes, car, etc., but on my relationships. On my work. When you think you can’t live without something or someone, you know you’re going to worry. And probably worry needlessly.

I have to remind myself that I can live without the things I’ve accumulated. I don’t need a house as nice as the one I have. I can survive in a barn. I only need one coat to keep me warm in winter. I can walk if I don’t have a car.

Can I live without my writing? What would I do with my hours if I didn’t have stories to write? The very thought frightens me.

But the thought that really frightens me—can I survive without my husband? Without one of my sons? Or one of my daughters-in-law or a grandchild. I don’t think I can. But YES, I can. I have to believe this.

Everybody has health issues, and if we’re lucky, they’re minor and/or treatable. I should know that I’m caring too much when I think of losing a husband because of his hip problem, or losing a son who has a back problem. Or when one has a weight problem and I think it’s leading to a heart attack or mental breakdown.

I have to be able to get back to me, the person who has purpose and meaning and will live, hopefully with courage, whatever the circumstances.